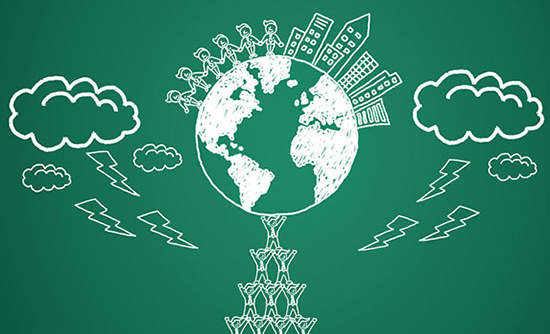 • Sources of authority, including the 1948 Universal Declaration of Human Rights.

3.1.2 The key issues of these institutions in dealing with human rights:

• reasons for selective interventionism, development of responsibility to protect and conflict with state sovereignty

3.2.1 The role and significance of the United Nations Framework Convention on Climate Change (UNFCCC).

• The creation of the Intergovernmental Panel on Climate Change (IPCC) and its role and significance.

3.3 The ways and extent to which these institutions address and resolve contemporary global issues, such as those involving conflict, poverty, human rights and the environment.

3.3.1 How the following issues affect international law from effectively addressing and resolving the issues above:

• performance of the international courts, including controversies.

3.3.2 How the following issues affect global environmental governance from effectively addressing and resolving the issues above:

• competing views about how to tackle environmental issues to include:

(b) sustainable development and tragedy of the commons.

• Obstacles to international co-operation and agreement, including sovereignty, developed versus developing world division and disagreement over responsibility and measurement.

3.3.3 The role and significance of the global civil society and non-state actors, including non-governmental organisations (NGOs) in addressing and resolving the issues above.

Overview: Origins and development of international law and institutions (International Court of Justice, International Criminal Court, special UN tribunals and European Court of Human Rights (ECHR) in creating the concept of global politics. Sources of authority, including the 1948 Universal Declaration of Human Rights. The key issues of these institutions in dealing with human rights: impact on state sovereignty; rise of humanitarian interventions and growth in 1990s, with examples of successful and unsuccessful intervention; reasons for selective interventionism, development of responsibility to protect and conflict with state sovereignty examples of alleged Western double standards/hypocrisy.

International Law​ is the customs and laws observed between nations​ ​

However a system of global law has been developing under the ​ICJ (International Court of Justice); ​

Each Member of the ​United Nations undertakes to comply with the decision of the International Court of Justice in any case to which it is a party. ​

rebus sic stantibus – repudiation under force majeure, state parties are entitled to do        this.

These are the 4 means by which the ICJ seeks compliance;

Growing body of international law; more state parties than ever before; increasing caseload; growing compliance – ​Evans and Newham – 1998 – vast majority of ICJ rulings are accepted by the losing party;

Article 93.1 of the Statute of the Court – ipso facto all UN members are parties to the court; Article 94 the UNSC is empowered to enforce – however to date it never has.​

Liberal – ​Positive. The solution for anarchy is the establishment of a supreme legal authority; Liberals believe international law plays an important and constructive role in world affairs. Agreements among state through law strengthens the level of trust and mutual confidence. This deepens complex interdependence and promotes cooperation.

Critical; ​Emerged from social constructivism, critical legal studies, and post-colonialism. Political practice is shaped by political norms that are embodied in International law to structure the identities of state and their interests. International law developed out of Christian and Eurocentric view of legal and political order, and therefore may not be universally accepted.

Historically,​ in international politics the interests of individuals, or their rights, has been seen as of ​less importance than the needs of the nation or the state.Even today, more than seven decades after the UN’s Universal Declaration of Human Rights, the rights of the individual are easily set aside against claims of the national interest or national security. Human rights are repeatedly violated across the globe with seeming impunity.

2nd Generation (Economic and Social) and ​

Tensions between and among rights.

Demands of humanity on all humanity; obligation on government to comply with, and further realize, human rights; setting standards for governments, e.g. in terms of aid and trade policies and possibly intervention; ​

Article 51 of the UN Charter – ​nothing impedes states from acting in their own self defence; ​

International Court of Justice However – The Court has a ​general mandate​, where human rights claims and claims derived from other areas of the law may well compete and have to be reconciled. So the involvement of the ICJ in Human rights is at best intermittent​.

The ICJ has no mechanisms of enforcement and is reliant upon member states willing compliance which is not always forthcoming even if under the UN charter member states agree to accept the jurisdiction of the court; In 1984 the Court ruled US military Intervention in Nicaragua was unlawful and the USA simply declined the jurisdiction of the court and withdrew Reason for its effectiveness; ​There is almost universal jurisdiction; Developing countries have been increasingly willing to refer matters to the court; Surprisingly, in the absence of enforcement mechanisms, losing parties often observe the decision of the court. This suggests that they see a longer term benefit of doing so against the shorter term cost of losing. 1946-1998 75 cases. From 1998-2017 – 66 cases. ​

Only involved if country unable or unwilling.

Prosecutes those with greatest responsibility.

T​hey can order prison sentences up to 50 years and reparations to victims. .

C​annot try a case where a crime has been committed by a non party state, except if that state commits the crime on the territory of a party state​.C

Non party states can become party if it accepts the jurisdiction of ICC.

Can try a case of a crime committed anywhere if requested to do so by the UN Security Council​.

K​atanga Case – Found guilty in March 2014 as an accessory to one count of a crime against humanity (murder), and four counts of war crimes (murder, attacking a civilian population, destruction of property and pillaging), sentenced 12 years imprisonment.

Charles Taylor- tried and convicted in April 2012 on 11 charges of war crimes, crimes against humanity and other serious violations of international law during the course of Sierra Leone’s Civil War.

Jean-Pierre Bemba Gombo (2016) – the former vice president of the Democratic Republic of Congo was found guilty of acts of rape, murder, pillaging and crimes against humanity committed during the 2002 – 2003 war in the Central African Republic. 18 years imprisonment. ​

(2008) – ​Alleged crimes against humanity and war crimes committed in the context of an international armed conflict (2008);

Slobodan Milosevic faced three count of crimes against humanity and one charge of violating the laws or customs of war. The most serious indictment against him related to genocide in Bosnia-Herzegovina between 1992 and 1995. Milosevic was accused of being behind the killing of thousands of Bosnian Muslims and Bosnian Croats, including the infamous massacre of civilians at Srebrenica in 1995. He died during his defence in 2006.​

Karadic – sentenced in 2016 to 40 years imprisonment. He was found guilty of count of : Genocide, persecution , extermination, murder, deportation (crimes against humanity) for his role in the killing of Bosnian muslims. Mladic – nicknamed “the butcher of Bosnia”, military commander who ordered the murder of 8,000 Bosnian men and boys in Srebrenica. Jailed for Life in November 2017. The ICTY has now been formally wound up.

​Jean Paul Akayesu sentenced to life in 2001 for crimes under Article 6(1) (individual criminal responsibility) for role in Rwandan Genocide – Genocide punishable by Article 2 (3) (a).

​Paul Bisengimana ​sentenced to 15 years in 2006 for facilitating and aiding the murder and extermination of Tutsi civilians.

Human rights and the ‘war on terror’ ​Tensions between combatting terror and upholding CLs – ​Vincent, 1986. ​Guantanamo; use of torture; ‘extraordinary rendition’; etc; balance between public safety and human rights; violation of human rights a ‘lesser evil’? ​

Feminism: The feminist critique of human rights argues that, in practice, those who hold human rights are men and not women, and that gender equality, and freedom from discrimination for women, is given a low priority in the international arena ​(Peters, 1995). ​

novel version of ‘just war’ theory protect others & ‘save strangers’ rather than self-defence:

C​ircumstances in which intervention is justified